It was from the 2000s that Georges Ruquet devoted himself mainly to writing film fiction for cinema. Associate member of the SACD (Society of Dramatic Authors and Composers), listed at the Initiative Film agency (dialogue writer, consultant scriptwriter), he also acts as a consultant to scriptwriters
, production companies, the CNC, the Dreamago association, the Tursak association (Turkey), the Maison des Scénaristes and its WeFilmGood platform. In 2009, he directed Blind Test, a feature film for which he is the screenwriter (theatrical release 2010). In 2018 he co-wrote “420, Green Palm Festival“ with Karim Abbou

Born in Buenos Aires to Argentinian parents, who emigrated to Paris when I was ten years old. My personal and professional achievements feed off these two worlds in an always entangled way. An architect by training, I have always had a passion for the arts and particularly for cinema,
which has led me to work on audiovisual projects at the bend of the opportunities, and to train myself in writing and directing since 2008, where I devote myself exclusively to this activity. 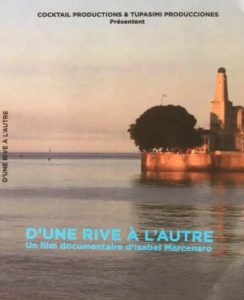 Alejandro Ollivier
During the many years of my journalistic career, I had the chance to meet and establish close links with several personalities of the Argentinian cultural world. Among them the most important remains Susana Rinaldi, who is now part of my life and I of the
his. Our link, first of all professional,
little by little turned into a precious friendship. She was of great help and advice when deciding my installation in Paris, the city where she lived much of her exile.